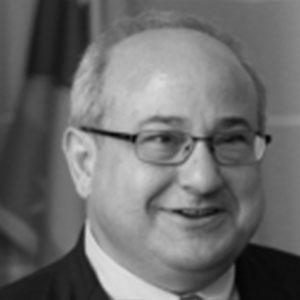 Michael Shifter was named president of the Inter-American Dialogue in April 2010. He was previously vice president for policy. Since 1994, Shifter has played a major role in shaping the Dialogue’s agenda, commissioning policy-relevant articles and reports as well as implementing the organization’s program strategy in relation to the Andean countries. Since 1993, he has also been adjunct professor at Georgetown University’s School of Foreign Service, where he teaches Latin American politics.

Shifter writes and talks widely on US-Latin American relations and hemispheric affairs. His recent articles have appeared in The New York Times, Foreign Affairs, Foreign Policy, Current History, The Washington Post, The Los Angeles Times, Miami Herald, Journal of Democracy, Harvard International Review and other publications. His writings on democratic governance, multilateralism, drug policy, security issues, and politics in the Andean countries have also been published in many Latin American newspapers and magazines in Argentina, Chile, Mexico, Colombia, Peru, Guatemala, Panama, and Jamaica. He is co-editor, along with Jorge Domínguez, of Constructing Democratic Governance in Latin America, published by Johns Hopkins University Press. Shifter has lectured about hemispheric policy at leading universities in Latin America and Europe.

Shifter has consulted for the Ford Foundation, Kellogg Foundation, Inter-American Development Bank, World Bank, Agency for International Development, Oxfam America, and the Swedish International Development Agency. In 2000, he directed an independent task force on US policy towards Colombia, organized by the Dialogue and the Council on Foreign Relations and co-chaired by Senator Bob Graham (D-FL) and former national security adviser Brent Scowcroft. Shifter is regularly interviewed by a variety of both US and Latin American media, and often appears on CNN and BBC. Since 1996, he has testified regularly before Congress about US policy towards Latin America.

Prior to joining the Dialogue, Shifter directed the Latin American and Caribbean program at the National Endowment for Democracy and, before that, the Ford Foundation’s governance and human rights program in the Andean region and Southern Cone, where he was based, first, in Lima, Peru and then in Santiago, Chile. In the mid-1980s, he was a representative in Brazil with the Inter-American Foundation, where he also worked in the Office of Research and Evaluation.

Shifter is a member of the Council on Foreign Relations and the Latin American Studies Association and is a contributing editor to Current History. He has served on the Board of Directors of the Washington Office on Latin America and on the Advisory Committee of Human Rights Watch/Americas Division, and the Social Science Foundation of the Graduate School of International Relations at the University of Denver.